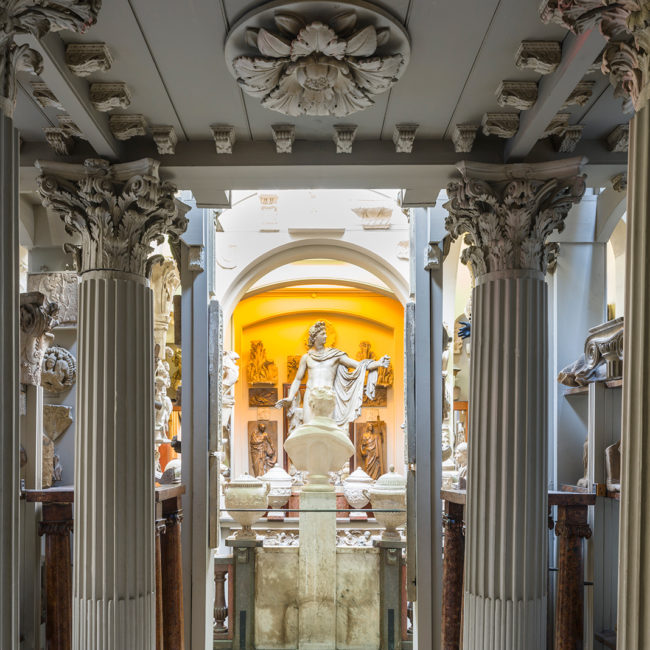 I am honored to serve on the board of the Sir John Soane’s Museum Foundation. For those of you who have not taken the opportunity to experience the museum in London, run, don’t walk, to have one of the most enjoyable and informative visual treats in the city. The museum was established in 1833, and opened to the public upon Soane’s death in 1837.

Just a little background: Sir John Soane (born 1753) was the most brilliant architectural innovator of his day. He designed his own ingenious house at Lincoln’s Inn Fields (now the museum) and the opulent Bank of England, as well as delivered on countless country house commissions.  He was the architect for Royal Hospital in Chelsea and the new Law Courts adjacent to Westminster. His ability to adapt and modernize the language of classical architecture remains influential to this day.

The museum is a treasure of objects and paintings that Soane collected on his travels. They were all used for his architectural laboratory, and included Greek and Roman antiquities, architectural fragments, beautiful pieces of sculpture and 9,000 drawings by Robert Adam.

The museum is now a center for the study of architecture. The Soane Foundation in New York financially supports projects that benefit the museum, most specifically with its Visionaries Gala, which will be held this year on September 26th at the Rainbow Room in New York. We will be honoring Roman and Williams and the Carnegie Museum of Art’s Hall of Architecture. Please join us for this wonderful evening and to help support the restoration of Soane’s Drawing Office, the only complete work space of an early 19th-century architectural practice in existence.